May 14 was barangay elections so I was still in Baguio on Monday. I was not happy about the results in our barangay but it is what it is so…..anyway.

Highlight for this week though: climb at Mt. Ulap. It was a dear friend’s birthday climb and she invited me, which I said yes to because I also wanted to visit Mt. Ulap.

NOTE: The succeeding narrative is based on how we did our climb and this post may not really be helpful if you’re specifically looking for a detailed itinerary and expenses.

We left Manila on the dawn of May 19 and we reached Ampucao, Itogon at around 5:30 AM. We rented a van so travel time was fast.

We registered and had our breakfast at the barangay hall. But we were informed that we can only start our hike by 9 AM because they are letting the day hikers go first. There is also a 24 hour limit from the time we hike up until the time we hike back. Meaning to say, if we start hiking to the summit at 9 AM, we should be hiking back down at 9 AM the following morning. I think this is their way of controlling too much crowd at the summit. They also have a limit of accommodating just 500 climbers per day. That’s good to know.

And so as planned, we started hiking around 8:50 AM on May 19. And we reached the campsite at 2:30 PM hehehehe. It was really a slow-paced hike, which was good especially for me because my fitness wasn’t 100% ready for this hehehehe. And also, we took lots and lots of pictures along the way. 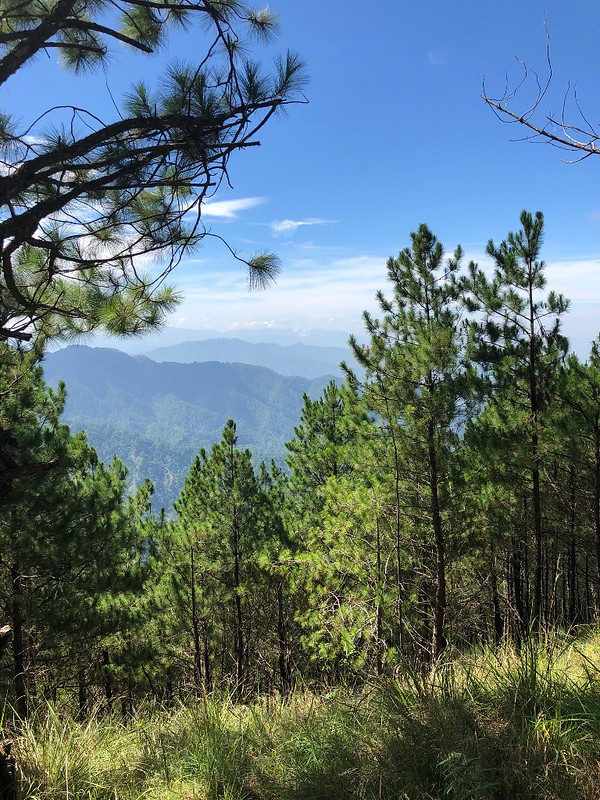 ↑Of trees and mountain ranges 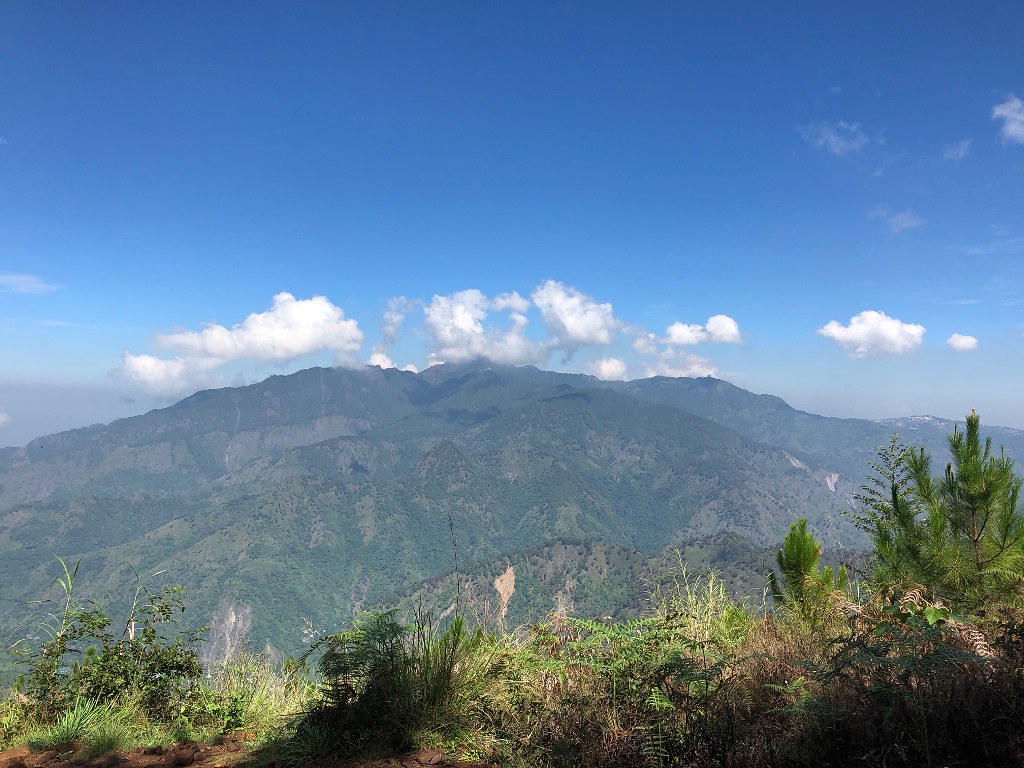 ↑That is Mt. Sto. Tomas as seen on the way to Mt. Ulap 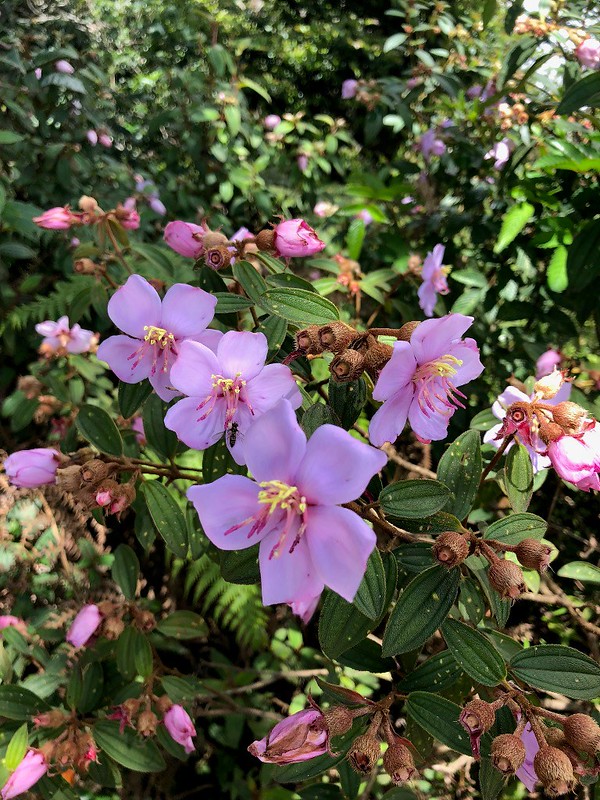 ↑This is abundant on the trail. Beautiful flowers of a bush. 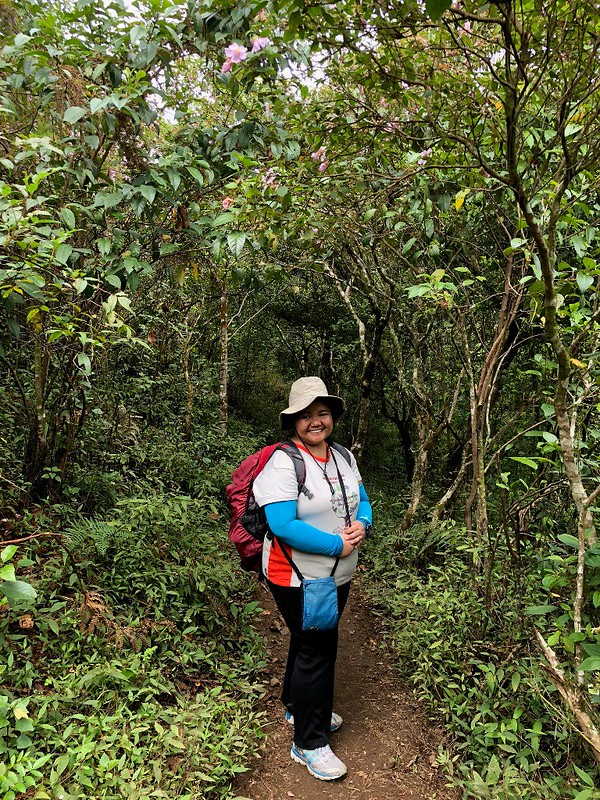 ↑My favorite part of the trail because of the tunnel formed by the branches of the trees. 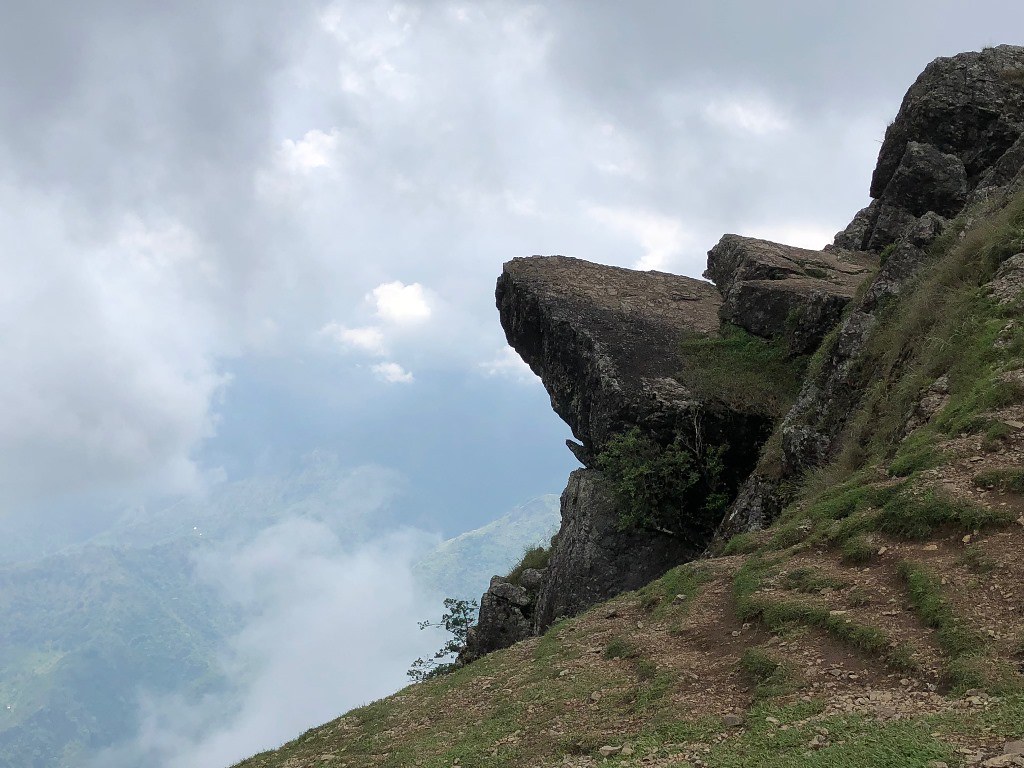 We pitched our tents and started preparing dinner upon arrival in anticipation of the rain. True enough, it rained at around 4:30 PM but good thing that it stopped after around 30 minutes and it wasn’t that strong. We were also able to witness a little bit of sunset when the sun wasn’t covered by clouds. 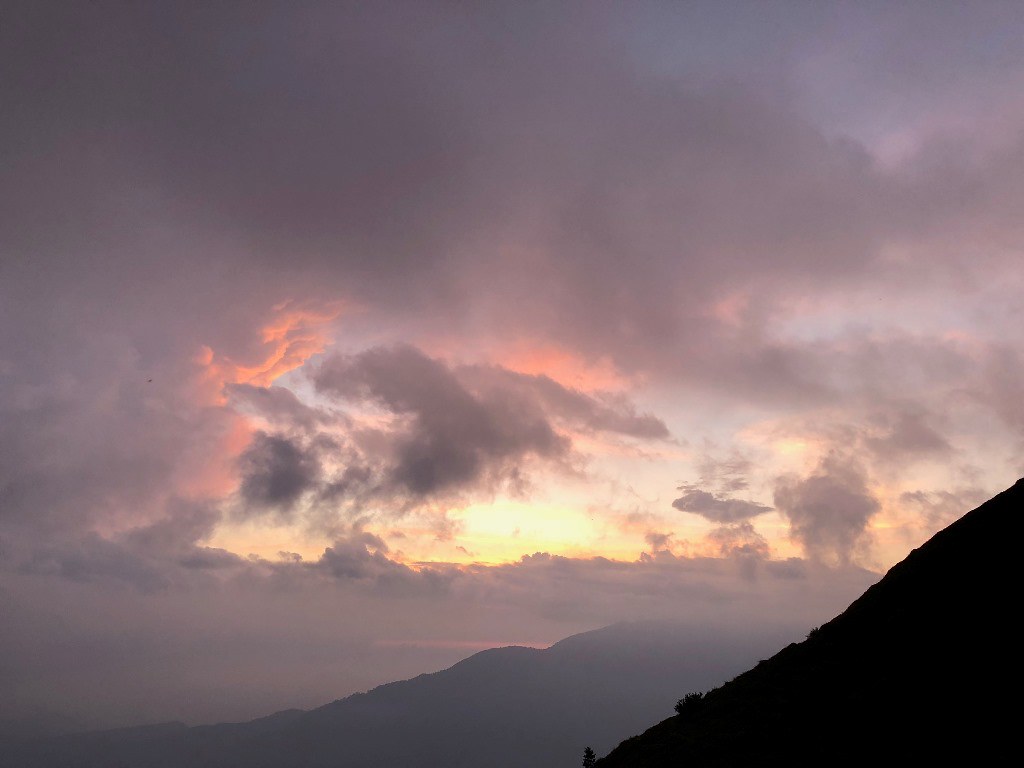 ↑Trying to catch what was left of the sunset.

We had socials after dinner where we played some games. The punishment when you commit a mistake is to take a shot of Tanduay mixed with iced tea then 4×4 gin with sprite and calamansi. I had a lot of shots at first but I made sure to master the game because I don’t want to drink anymore hahahaha!

We called it a night by 10 PM because we wanted to wake up early the next morning for sunrise.

We woke up early the next morning for sunrise and to climb up the summit. Watching the sunrise or sunset will always be my favorite activity when I’m outdoors. We were lucky to witness it because it wasn’t as cloudy that morning. 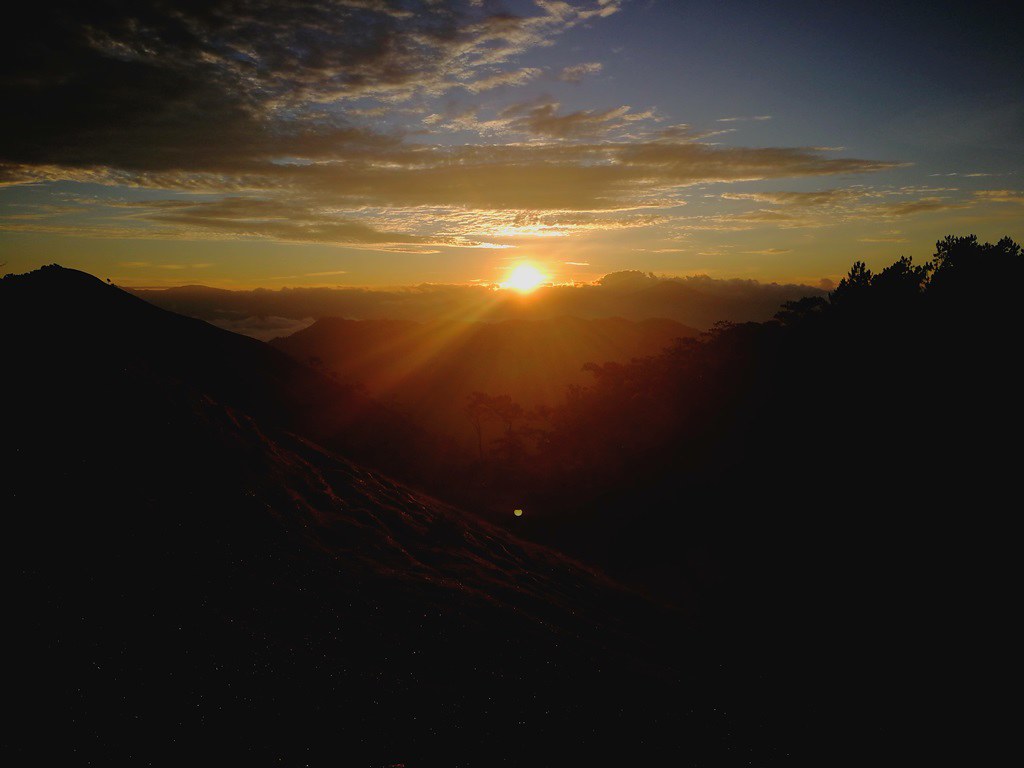 ↑Beautiful sunrise. What a lovely day. 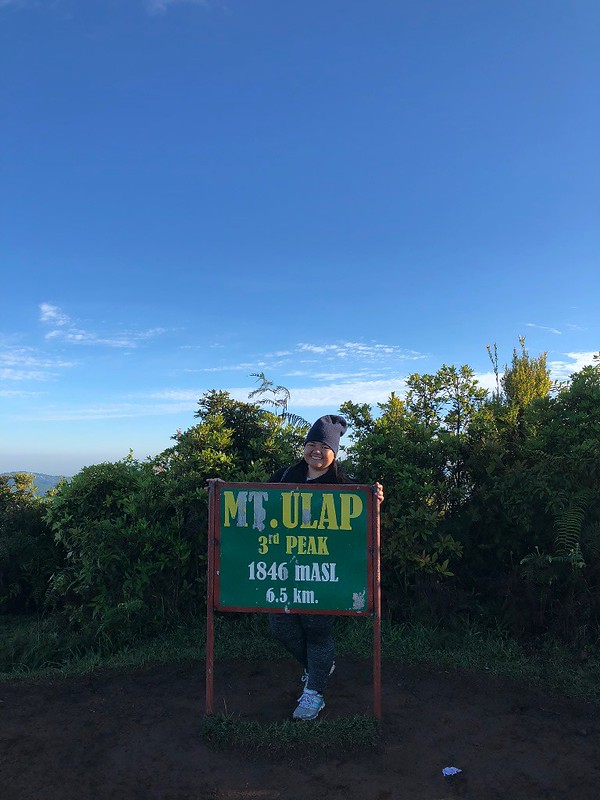 ↑Obligatory picture at the summit of Mt. Ulap 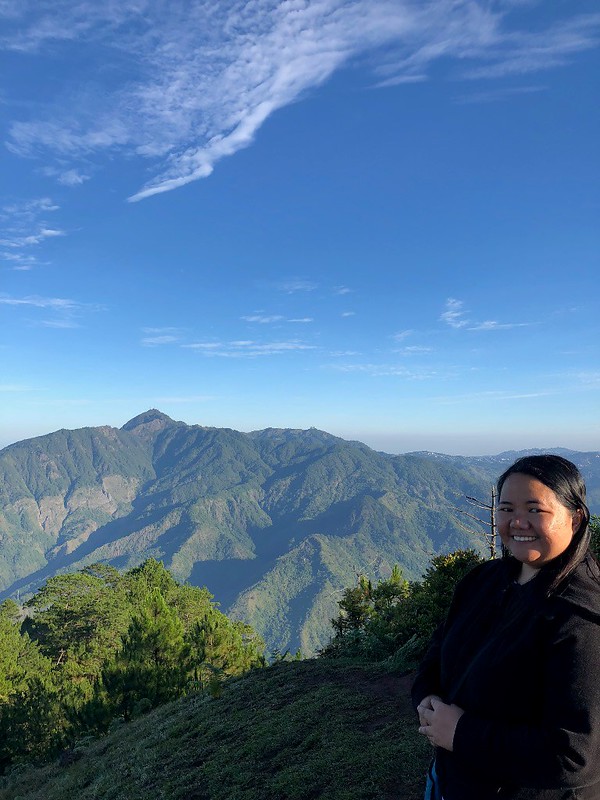 ↑Picture with Mt. Santo Tomas because somewhere at the base of that mountain is our home sweet home hehehe.

We had breakfast by 7:30 AM, fixing our stuff by 8:30 AM and went back up the top of the hill where the summit can be seen once more for a group picture. I almost didn’t want to join but it was for a group picture so ok, fine hahaha. 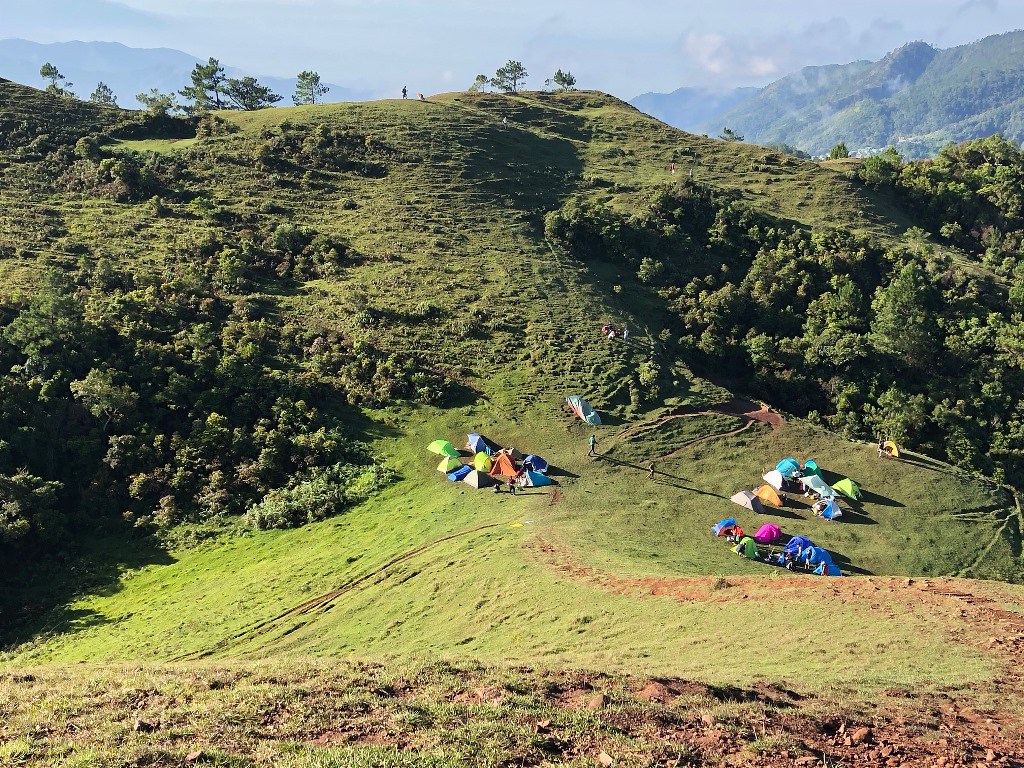 We started hiking down few minutes before 10 AM. We took the shorter route that exits at Santa Fe. We were back down at 12 PM. After a very quick change of clothes for most of us, we started our trip back.

Another friend and I dropped off near Baguio as we still had errands to do. The rest continued on with their trip back to Manila.

My friend and I had a quick shower in the city proper and went to Don Henrico’s after for a super late lunch. We parted ways after to attend to our own errands.

Some things notable on this mountain.

Estimated expense is around Php 2,000 -2,500, including personal and group porters, van rental, group expenses for food and butane, and personal expenses for snacks along the way.