The BF is singing in the background as I type this. I was surprised when he called maybe an hour ago. I was saying hello but he was not replying. After a few seconds, he was singing. Looks like he’s out with friends and they are jamming. Ok, so this is our way of “jamming” together too hahaha. I also sing along if I know the song.

His second song was a song I told him to sing for an occasion in the future. Looks like he still remembers. Very good. Plus pogi points hahahaha. And while he was singing that, I was just smiling and shaking my head at the same time and I had to stop what I was doing for a while eh kashe kinilig ako ng slight besh  😛  😛  😛 . Pagbigyan na.

The vegetables are still roasting in the oven. I still have one batch to go. Since I don’t want to eat pork this month, I decided to prepare some of my meals. While I love chicken, I don’t want to eat it everyday hehehe. Plus, I want some vegetables in my meals. It’s tiring. But at least I now have food for the whole week hehehehe. And I am able to road test the Hanabishi electric oven that I bought last week. So far, so good. I have not busted it yet due to ignorance in operating it hahaha!

I need to prepare a month’s worth of menu. This will surely be tough. I haven’t tasted anything that I cooked yet. Saka na if naka-schedule ko nang kainin hahahaha. It’s edible but I’m not sure if it’s palatable of other people’s taste buds. Cooking doesn’t really love me but now that I’m making the effort, hopefully maging friends man lang kami hahahaha. Dear future husband, don’t say I didn’t warn you, ok? I already did so many times hihihihi.

I also want to bake. This is what I want to do more than cook viand. But sugar, sugar, sugar. Hay. I’ll look for low sugar / low calorie recipes first, if there is such a thing. But then again, just thinking about the frosting, that’s a lot of cream already hehehehe. And it will be a sad-looking cake or cup cake without the frosting. That’s my dilemma hihihi. Any suggestions for a diet-friendly cakes and pastries? Thank you in advance!

We had a very long day at work last Friday. The team is getting bigger. We are now more than 30. Hence, the leaders need to re-strategize the team’s management. But first, we had to align our understanding on what each post is supposed to be doing. It was a long discussion but it was all worth it because we accomplished our goal. Plus, we had free snacks and dinner courtesy of the office hehehe. Nadaan na naman sa pagkain hahaha! 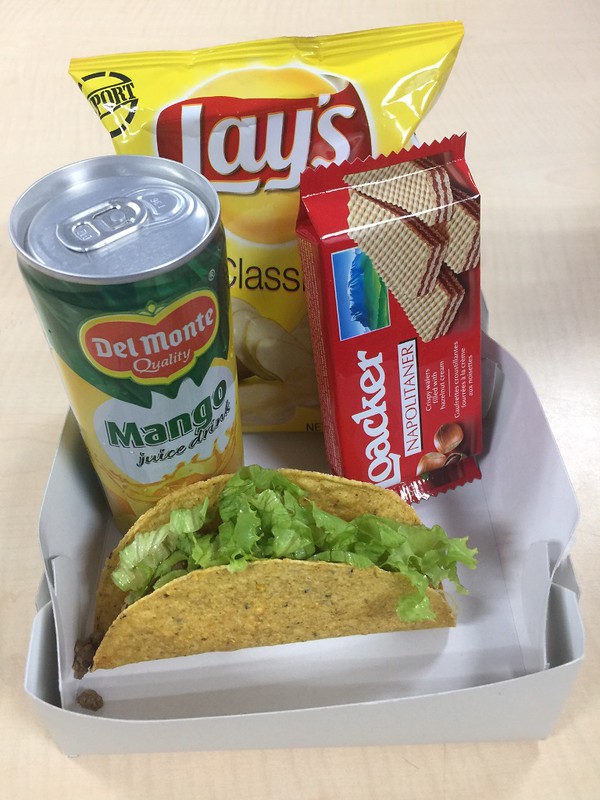 I went to my friend’s place again last Tuesday because the Palawan friend was here for a seminar so a get-together is a must.

I don’t have any other interesting stories except that the BF’s phone went bonkers 30 minutes ago, hence cutting our jamming. And I’m not yet done with the roasting. And there are still a lot of utensils to wash. And it’s already Monday again hahaha!

Thank you for all your blessings, dear Lord.

Have a great and blessed week ahead, everyone. Cheers!