Off We Go to the Mt. Kinabalu Summit!

At around 2:20 AM, we woke up and had to rush to supper and prepare our things so that we can leave for the summit by 3 AM. Our guide told us that normally, the summit can be reached in 3 hours. What?! Well, not in my case :p. After travelling for around 700 meters, we reached the part where we had to hold on to ropes for support while we walk on rocks. This goes all the way up until the summit. I must say it was scary but this was also actually the part I enjoyed most. After more than 4 hours, I was able to reach the summit. Since my friends already started going back, I just asked some random guy to take my picture…just 2 shots to be specific hehehe. After that, I descended right away. On the way back, it was a challenge to not slip so on some parts of the trail, I opted to walk backwards with the support of the rope. Easier especially on the knees :). We reached Laban Rata at around 10:40 AM already so we had to be very quick with breakfast and pack up as check out is supposed to be at 10:30 AM hehehe.
At around 11:45 AM, we stared our trek back to the Timpohon gate. We made it as quickly as we can – and we made it to the gate after 4.5 hours. We missed the lunch hour but our group mates were kind enough to pack some food for us. The van is already waiting at the gate whew! Our other group mates were way ahead of us and we later learned that they walked an additional 4-5 KMs to the registration area. Wow, they still had the energy after the climb!
We were back at Summer Lodge at around 6:30 PM. We decided to just have dinner first before checking in. Fri and Heloise followed a few minutes after they’ve settled in their new lodge. We had fun exchanging stories, and of course Facebook accounts, over cans of coke and ginger ale. We had to call it a night at around 10 PM because everyone’s beginning to feel sleepy already. 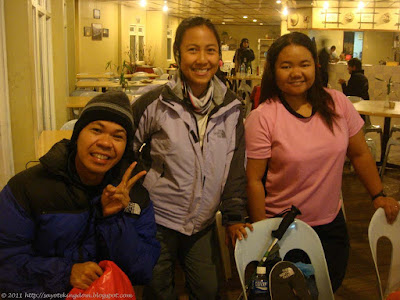 Up and awake and ready to leave the lodge at 3AM. 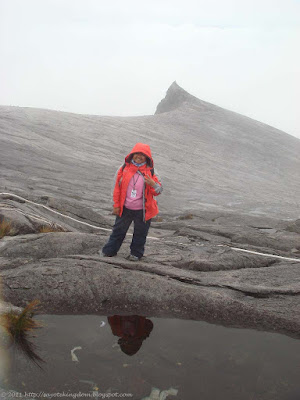 On my way to the summit. I think I still need to trek half a kilometer. Love the reflection. Pic taken by Heloise when they met me on their way down. 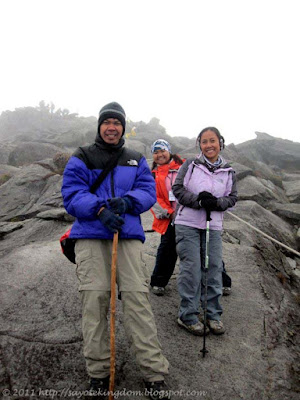 Group pic-me going up, them going down. I was excited to be over and done with at this point 😀 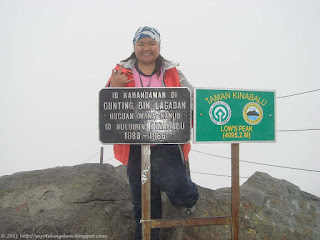 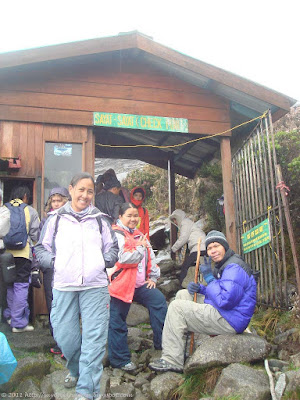 Going back to the lodge from the summit. Reunited with my friends again. 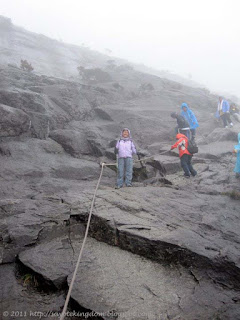 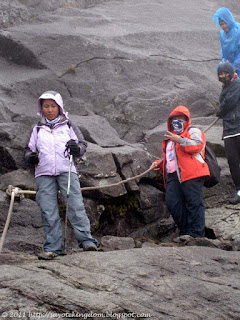 Still going down. My most favorite part! We needed to rapel hihi. While others were dreading this part, I was actually excited to do all that rapelling tee hee. Dare devil stint lang. One wrong step and you’re off rolling down the boulders ahihi. 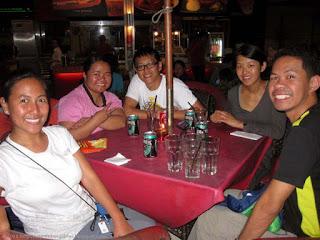 The gang on the night of the 25th having a round of drinks and wondering what we just subjected ourselves into tee hee! We don’t look tired but we all had special smell from all the sweat hihi. When we said our goodbyes to Fri and Heloise, we did not hug because of ummm…the special smell hahaha.﻿