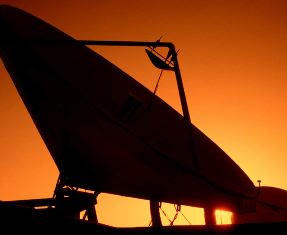 It took less than two hours to inquire and have the cable connected at my place. Yes, that fast hehehe.

Some background. I applied for cable installation last August and they were supposed to have it installed a few days after my application. Come the supposed date of installation, which happens to be a weekday btw, it did not push through because I was already out of the house when the technicians came. I waited for them until late afternoon. It turned out they came maybe an hour after I left and since I was not around already, they informed the neighbor that they’ll just call me. But then I didn’t receive any call. Last October, I followed it up and they gave me another schedule. This time, I took a leave from work to ensure that I’ll be at home when they come. This time, they came but said they can’t find my address. I was so pissed off because I was only informed late afternoon when I texted the contact person to follow up. With cellphones now, I don’t think it wouldn’t hurt if their technicians are issued company phones to contact their clients. That easy. Gush, poor customer service! Sayang. I really wanted that cable company pa naman sana even if it’s more expensive. I’ve even requested for additional channels with corresponding additional fees. Hay.
Anyway, so last week, I asked my landlady regarding their cable company. I’ve also mentioned that I’m planning to get one. When I woke up this morning, I saw a flier by my window. It came from my landlady, I learned later on. I tried texting the number for inquiry. They just got my name and address and in less than 30 minutes, they were already at my place. In another 30 minutes or so, I became an official cable subscriber. Yippe!
Now, I’m reacquainting myself with the programs of the different channels. I’m thankful that at least there’s still something to watch on TV on days that I get home in the wee hours of the morning hehehe. And also, there’s another thing to do aside from FB. :p