Gulugod Baboy the second time around

We left Manila at around 10:30 AM via a rented van. We reached Mabini, Batangas at around 2 PM, had lunch, did some grocery shopping for our food and then rode a jeep that brought us to the jump off point. Our jump off point this time was different. We trekked for just less than an hour (as compared to our first climb in 2004 which took us more than 2 hours). We reached the camp site at around 4:30 PM where we immediately pitched our tents. After a few minutes of rest, we went to the summit. The view was breathtaking. We were surrounded by hills and down below, bodies of water. Again, we were able to witness the beautiful sunset and had our pictures taken.

The following morning, some woke up for the sunrise, but unfortunately, it was cloudy. We had a quick breakfeast, break camp and by 9:30 AM, we were ready for the trek down. This time, we followed the same route we had in 2004. By 11:30 AM, we reached Philpan Dive Resort. There we had lunch, a little swim (where my foot was scraped by a sharp stone in the beach, ouch!) and by 3:30 PM, we were ready for our trip back to Manila.

Overall, it was a good climb. It was not so hot. It rained for a while in the morning but it was not that strong. It stopped long before we started our descent. It was also an opportunity to meet and be acquainted with officemates from other accounts.

Notable note: we were more pampered when we were with Mobsters and friends ahihi. The guys in the group were in charge of carrying the tent, group equipment and most of the food. We had lesser load of water whereas the guys had more. 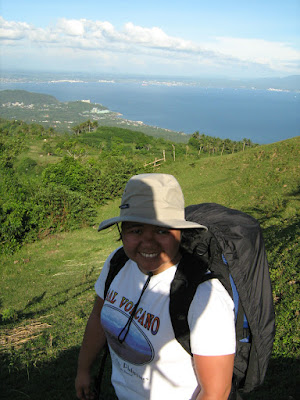 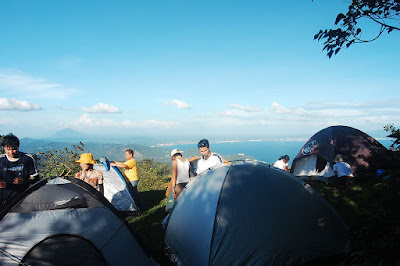 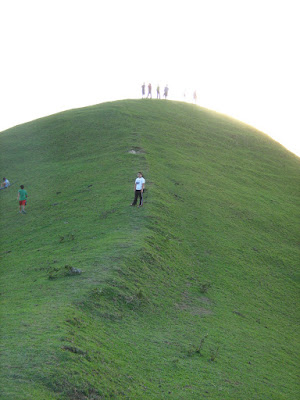 a walk to the summit 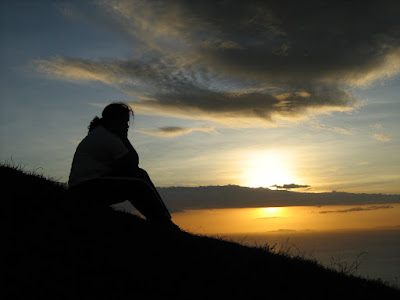 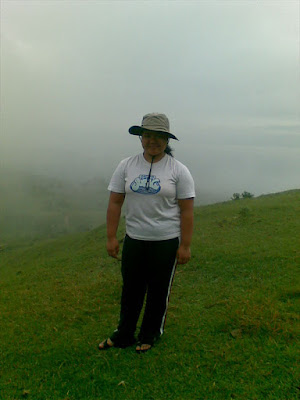