Mt. Sto Tomas is Baguio’s highest peak and the second highest mountain in Benguet (next to Mt. Pulag). It’s often a destination for hikers. The peak is 7,500 feet high and it offers a view of Baguio City, La Union province and even South China Sea. This can be reached by foot or by vehicle.

There are giant twin radars thus the place is also sometimes called “Radar”. There’s an old joke that these radars are in fact giant electric fans that’s why Baguio is cold hehe (and some people really believe it :D). There are also other telecommunications towers in the area.

This is a popular place especially during the Holy Week because this is where St. Paul parish built its Stations of the Cross and so this is where the community gathers.

Last weekend, I’ve had the chance to visit the place again (to attend to my aunt’s burial, whose house is on top of the mountain). It’s freezing when you are in the shade (you need at least two jackets, a bonnet, and thick socks) but it’s extremely hot when you’re directly under the sun. In fact, I got sunburned and now, I have to nurse my sunburned arms and neck. What a weird weather. 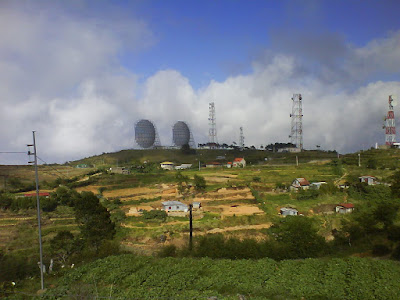 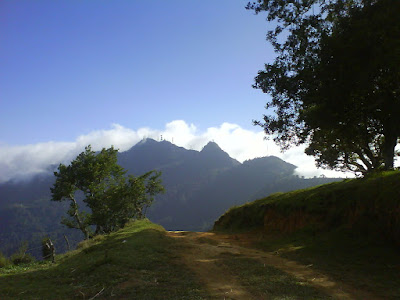 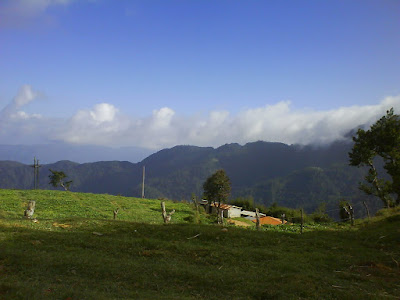