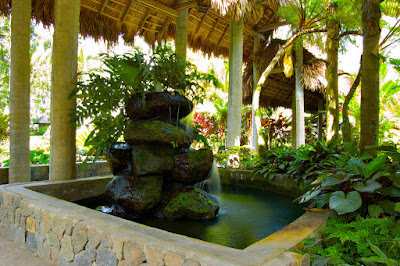 I just got back from Villa Escudero. I was invited to attend another team’s team building which was a day tour of Villa Escudero. Shortly before 7 AM this morning, we were already traveling south bound. We had dinner in one of the gasoline stations on the way. By 10 AM, we reached the villa. We were greeted by the employees and were served a refreshing iced tea. After registration, we started the tour right away. First stop was at the museum. There were a lot to see, from the preserved animals, jewelries, old coins, porcelains, old household tools and furnitures to the saya and barong tagalong of past presidents. I’m still wondering how they got those. Most of the items in the museum are I guess a part of the collection of the Escudero family.

After some picture taking (with the ever famous jumps hehe), we had the carabao tour. Our carabao’s name is Ligaya. There’s one named Pogi and he’s white, different from the conventional black carabao. The tour stopped at the lunch area so we had lunch at the man-made falls and river where your feet are submerged in the water! Cool!
After lunch, we rushed to go bamboo rafting. We did just 1 round because it was quite hard to maneuver the bamboo raft and we got tired easily.
At 2PM, there was a cultural presentation. I was a critique for the part where they presented the Igorot dances and traditions hehe because there were some that were not done the right way. But overall, it was a great entertainment and a refresher course for me haha.
3:30 PM to around 5 PM was swimming time for others. I opted not to swim though. Aside from the fact that I’m not so much a fan of the pool (or waters in general), I don’t know how to swim. Hihi. I used the time to exchange stories with an ex-officemate who met us there because they were also there to visit a relative. I learned something from him about someone. Hmp! Haha. Langya. Affected pa rin akech? Echos!
We left the place at 6 PM, had dinner somewhere along the way and were back in Manila at around 9:30 PM.
It was a great and fun day. Thanks to the team for the invitation. Sa uulitin. 🙂 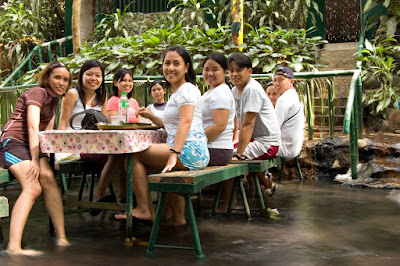 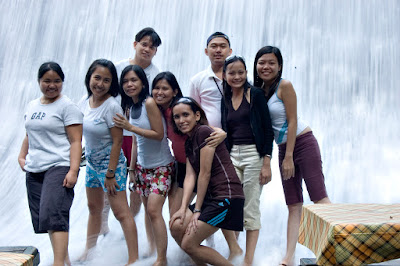